A NEW STAR AND A NEW HEAVEN

He who is born in imagination discovers the latent forces of

Besides the stars that are established
there is yet another -

that begets a new star
and
a new heaven.

PREFERRED TO BE KNOWN AS

PARACELSUS
Beginning his education in the Bergschule in Austria, the young Paracelsus was being trained to become an overseer and analyst for mining operations in gold, tin and mercury and other metals and ores, gaining knowledge and experience that laid some of the foundations of his later discoveries in the field of chemotherapy, which, for someone born when Columbus was discovering the New World, was most remarkable.
He attended the Universities of Basel, Tübingen, , , and , and along the way graduated in medicine.

But, in spite of, or because of this experience, he rejected much of the, then, traditional education and medicine - which is perhaps the rebel spirit which I so admired.
Paracelsus wrote “The universities do not teach all things, so a doctor must seek out old wives, gypsies, sorcerers, wandering tribes, old robbers and such outlaws and take lessons from them.

A doctor must be a traveller…  Knowledge is experience.”

We are a bit short on sorcerers, wandering tribes and outlaws these days, but in spite of that, I find much in the spirit of Paracelsus to which I warm, and I would far rather find my own remedies in natural herbs and substances than in neatly packaged capsules in a bottle.

It is interesting to reflect that many of these self-same capsules will contain in refined form the very remedies that had been used and dispensed during numerous past centuries by the old wives, gypsies and sorcerers.  In the refining, much will have been lost, for often within a plant and discarded in the refining are the buffers and catalysts that aided the process of healing and minimised adverse side effects.

Recently, I became 90 year old, and as befits someone of that age, I look back and reminisce.  Often the reminiscences begin when I pick up the book that I have written, perhaps open it at random, then read a little and finally liberate my mind and let it go where it chooses – as recently when I opened with pleasure at the Paracelsus ‘story’.

There is one particular section that I avoid most carefully.  I wrote it in order to let readers have a full appreciation of all of the events and influences that had shaped me and which would prepare them for their reading of the next part, a very key part, of my narrative.

It comes early in the book – in Chapter One, to be precise - and it records a ‘horror story’ – a story of how my life was wrecked.

In 1961, I had a successful career in the Nuclear Industry – a career of which I was robbed through the consequences of a medical misdiagnosis, and inappropriate and unnecessary medication.

In that year I experienced an episode of diarrhoea so severe and continuous that it defied all known remedies.  It is now believed to have been caused by an infestation of the parasite, Cryptosporidia, which may cause severe, uncontrollable, but self-limiting diarrhoea.

At that time, these parasites had not been identified.  The doctors who were treating me were at a complete loss as to the cause and, as I have subsequently deduced, they decided that it must be ‘nervous’ in origin, and, with no specific discussion with me, stuck me with a label which read Chronic Anxiety Neurosis and provided me with a prescription for the drug LIBRIUM

After two years continuous use, an addict, dependent, and showing many of the side-effects of the drug, I began a ‘psychiatric’ year that opened with two episodes of cold turkey, then hospitalisation for a total of twenty weeks; twenty-three applications of Electro-Convulsive Therapy (ECT) – yes, that is correct, 23 ECTs ; ‘experiments’ with a variety of drugs such as Tryptizol, Melleril, Valium, Pertofran and assorted benzodiazepines and barbiturates, plus insulin shock ‘therapy’ – a year that ended with a farcical second opinion from someone who went on to become a doyen in the world of psychiatry.

Here is a short extract from my book.  Please read it, and then please decide to read the complete work –

“A high flyer was I.  Was I?  I shall never know now.  No self-vaunted Icarus was I, flapping higher and higher on phoney wings, only to crash to destruction when the deceit was uncovered by the harsh sun of scrutiny.  No: by dint of the steady wing-beats of hard work, dedication and loyalty, I was rising and being lifted from time to time on the up draught of peer approbation.  So: how did I lose my feathers?  Why did I crash?  Why did I have to learn to walk again?

How is it that such destruction can be visited on someone in broad daylight, in a civilised society, in his own home, in the midst of a caring family and, at work, under the gaze of a solicitous employer?

And what did I lose?  I lost a home which was still being carefully built up and consolidated; I lost my wife and, effectively, my daughter; in time I couldn’t sustain my job and retired prematurely; financially, in today’s (2003) values, I have lost over half a million pounds, while each year I receive in pension about one third of what I could reasonably have expected.

But of greater worth, a worth which can not be measured in cash, I have lost a swathe of my memory; memory of a time when life was very good; when I had a wife whom I loved and who was yet young; when work was very rewarding and successful; when my daughter was blossoming.  Do you know, I cannot remember how she used to talk when she was little; the things she said; bath times; bed times; Christmas; picnics and holidays; ponies….  I can barely remember the Sunbeam-Talbot that was the family’s pride, or taking my mother and in-laws for ‘runs’.

I am fortunate in that I have a former work colleague whom I meet from time to time, whose reminiscences remind me of the highly successful and rewarding times we had as vital players in a cutting-edge project that was a world first, otherwise that memory would also be lost.”

What do you think?

Do you think that I might have fared better if I had been treated by one of Paracelsus’ “Old Wives, Gypsies or Sorcerers”?
They would have natural remedies for many ailments – including, I have no doubt. many types of internal parasites.

I hope that you will follow the spirit of Paracelsus and read my book.  It will tell you much that you do not know – particularly about ‘Voice Hearing’, and having read it, who knows, you may be able to help someone else.

Even if you do not find a new star, do not be disappointed – here is a new rainbow. 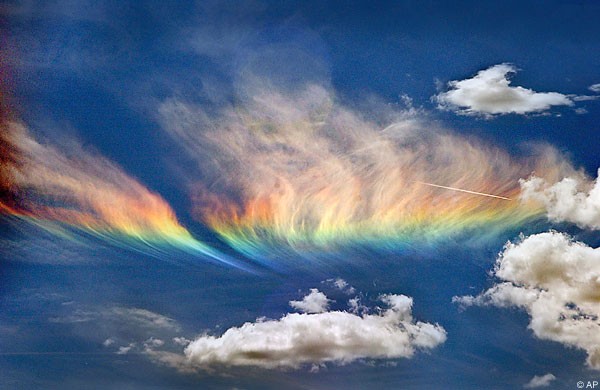 Listening to the Silences - in a world of Hearing Voices