LISTENING TO THE SILENCES

PEDRO FLORES’ DOCUMENTARY IS BASED ON THIS BOOK

THE AUTHOR OF THE BOOK,

GAVE IT A SUB-TITLE –

And from the date of its publication on the Internet in 2003, the book has done just that – it has given help and hope to a large number of individuals and in many lands.

My initial contact with Pedro came in a letter in which he described the documentary that he proposed to make.

“I have just finished reading your book, and I am very much impressed by your testimony….

My goal is to explore a different approach from the psychiatric tradition, to show how people can live with their voices…

As I said before, I was very much impressed by your book.  I believe both your life and literature are a truthful account of human experience and should be rapidly shared with a wider public.”

I am pleased that Pedro’s documentary has proved to be successful and has been well received at a number of film festivals.

However, as it lasts for just 11 minutes, it only touches very lightly the ‘surface’ of a life that has already lasted for 88 years, and it barely enters the covers of my book, which runs to 700 pages in the paperback version.

Yes, now I urge you to read it

Entitled Listening to the Silences in a World of Hearing Voices the book is available free at www.royvincent.org   Part autobiography, it is chiefly a DIY Manual and textbook for those who hear voices and experience physical presence, and for their carers.

“Hearing Voices” usually implies ‘schizophrenia’ and mental ill-health.  My book also describes the many other and positive consequences of this widely misunderstood phenomenon.

Having read it, perhaps you will join with the others who write –

“First of all, a warm ‘thank you’ for making your remarkable book available free on the Internet,” – Carer.

“He writes clearly in a way that will probably save someone’s life.”  StumbleUpon.

“My son is in hospital on anti-psychotic drugs.  He describes it word for word like .  He has always said that it is a spiritual thing, not a mental illness.”  Mother.

“Undoubtedly, many have gone to Ashrams and got better.”  Indian Mother.

Having been invaded by malign voices and ‘presences’ while flying high over the , one lady wrote, “I want to thank you for writing on the Internet about your experiences.  I found it to be the only true version of what I feel happened to myself last year.  I had been looking for books to read on the subject, but found nothing useful until I came across your account.”

“My name is James Douglas A…  (ID 32----) on Georgia, US, Death Row.  I hear voices and get physically “abused”/manipulated by unseen, but very real entities I’ll call spirits of good and/or bad intent.”

“My name is Al -----, from the .  I just want to share with you something about hearing voices.  During college days, I was hooked on drugs.  (I graduated marine transportation – merchant mariner.)  …until one day I lose control of myself.  I heard people in my area gossiping about me which makes me truly change myself into something not me anymore.  I heard voices unlike other schizophrenic patients experiencing - those voices told them to kill, burn, electrify themselves.  Mine is different; voices I heard knows a lot about my behaviour and attitude.  They know my weaknesses… always contradict my movements, actions, speech, even thoughts.  So I give up and surrender myself to rehab centre.”

Having been clear of voices for some time, Al went to sea, but in mid voyage – “…unluckily voices strike again, so I decide to disembark and go home with shattered dreams… and suffering a disease which is still taboo in the .

All I now care is, though I have an abnormal life, I want to be a father to my daughter and a husband to my wife.  Now you inspired me a lot.”

Steve…, 45 years old, wrote from his home in .  He has, in fact, written many times and also visited my home.

“Now, at last, I can actually show my parents exactly what I have been trying to tell them all my life.”

“You have saved my life by drawing me back from suicide… “

“You have saved my sanity…”

Some people are reluctant to begin reading the book because it is so long – although, the people who need it, do read it – and re-read it.  They re-read it because they realise that every word that is written is there because it comes from actual personal and ’spiritual’ experience and not just from psychiatric ‘theory’.

Recognising this reluctance to read the book, prompted me to provide two ‘samples’ of the text to help you make up your mind.  I have placed them in my second Blog – www.roycvincent2@blogspot.com

Each one in its own way is a human horror story.

The first post, entitled “We had to destroy it to save it”, is actually the first chapter of the book, and describes how my life, home, family and career were virtually destroyed as the result of a medical mis-diagnosis and what is now regarded as criminally inept psychiatry.

The next four chapters of the book describe how I was able to recover and begin a new life – a vastly different life, as you will find if you read the second post on the Blog, which is entitled “Oh what a world of unseen visions and heard silences…”.

Forming the sixth chapter of the book, this post describes exactly how I first began to hear voices and how I began to experience physical presences within my body.

Even though I described it as a horror story, in reality all that happened formed a prelude to a new life, and I am so very glad that I have lived through it.  So very glad, because in this new life I received unshakable evidence of the existence of a spiritual state of being.

My experiences confirmed what every culture that has ever existed has found, and has then recorded.

They confirmed the existence of this spiritual state that parallels and interweaves with our own.

And I still do, to this very day.

And yet, I have never become ill.

If you are curious, and want to know how my life developed subsequently, why then, you must read chapter seven, which has the title – “If you have a thousand reasons for living…”

I have found my thousand reasons, and many more in the 35 years that have since passed, and I continue to write about them.  I write on this Blog and I am published in a variety of outlets, and even though I am now eighty-eight, I will continue to write for as long as I am able.

THIS IS ME IN MY GARDEN JUST A FEW YEARS AGO 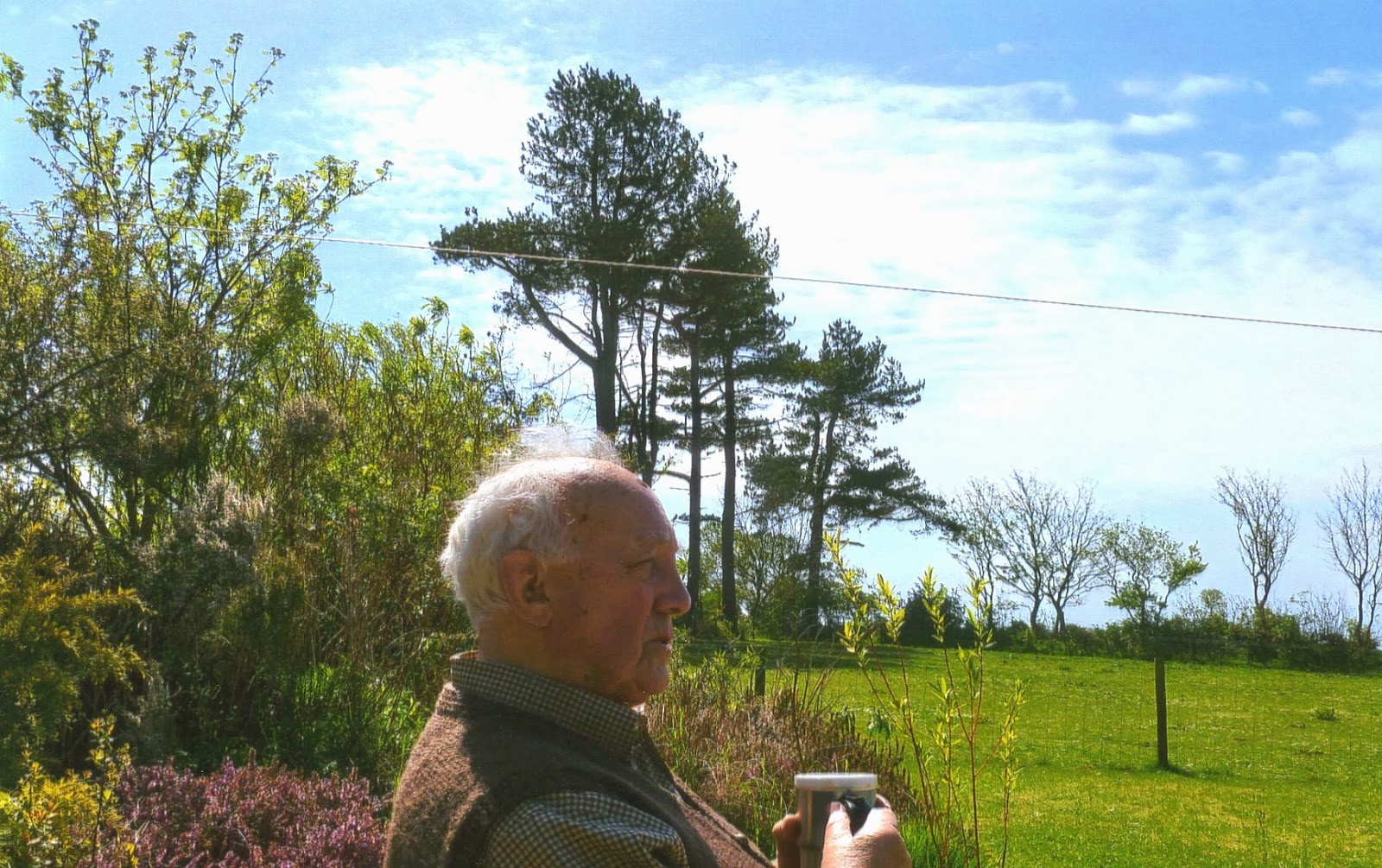 AND THESE ARE TWO 'FRIENDS' WHO SOMETIMES KEEP ME COMPANY.... 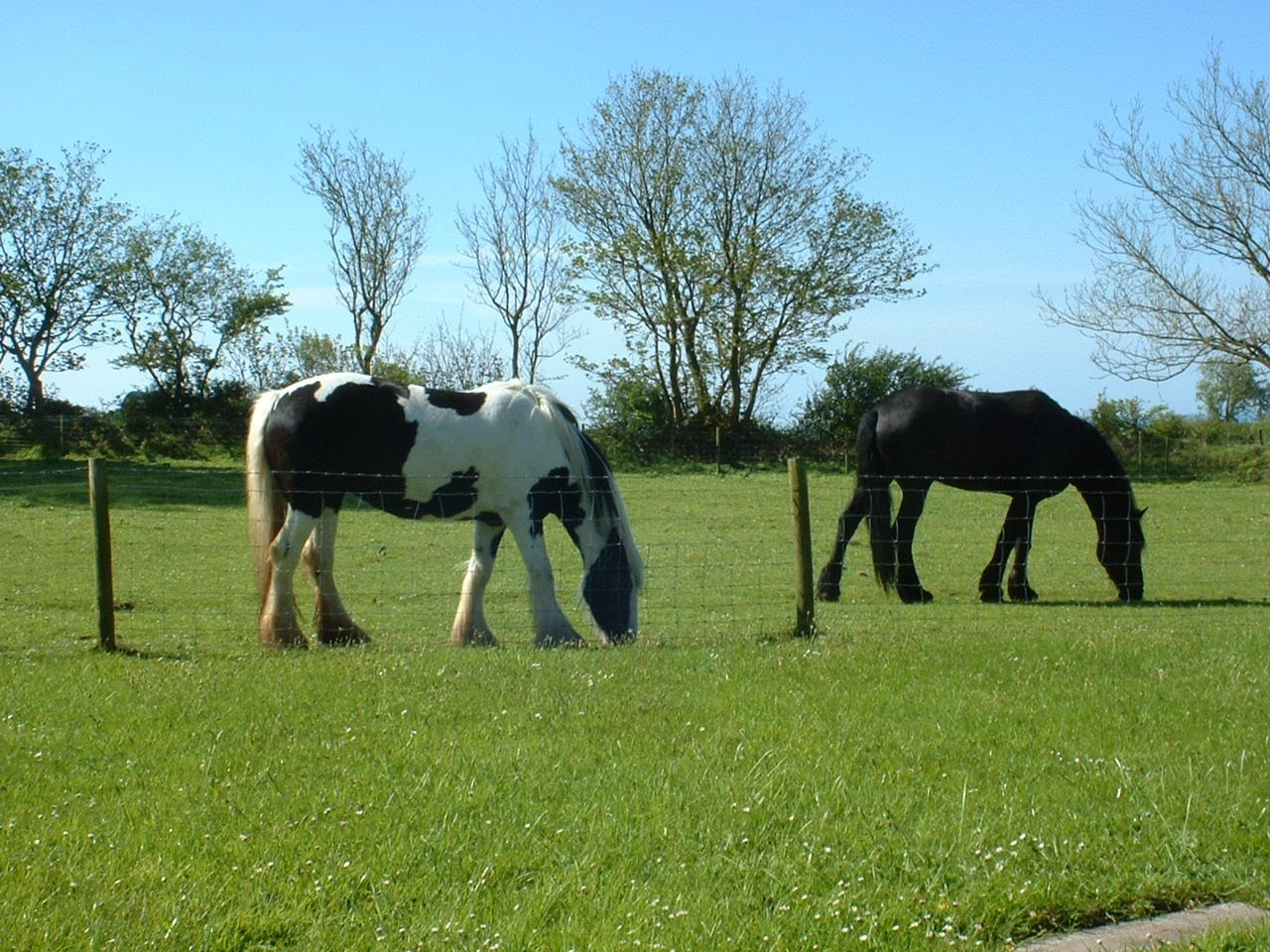