ROY VINCENT ASKS - ARE TWO HEADS BETTER THAN ONE?

ARE TWO HEADS BETTER THAN ONE?

The faces of two laughing and happy young women have looked out at us from television screen and newspaper – and inevitably, we smile back – until, almost with a shock, we realise that the two heads have only one body. 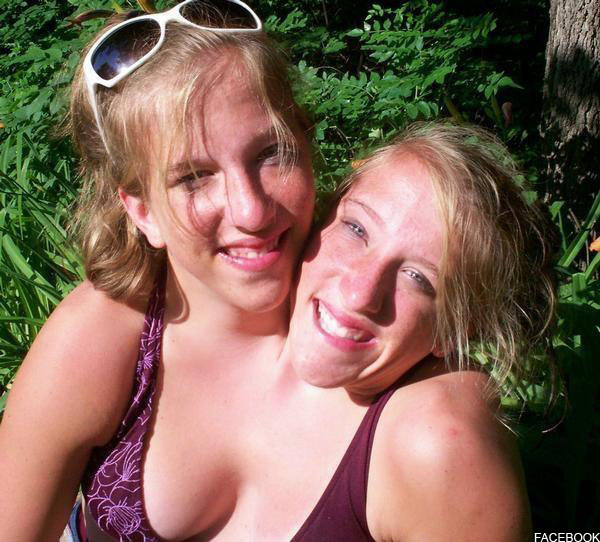 And then the imagination takes over, and we wonder and speculate…

In my own case, eventually I realised that the imagination and speculation were creating ‘intrusive’ thoughts.  At which point I decided to move on – happy for the two girls in their strange life, but equally content to proceed with my own life.  A life that at times equally can be ‘strange’.

Although, before leaving Abby and and my imagination – and yours, perhaps – may I explore the thought of driving along the road, and then, suddenly, meeting ‘the girls’ as they drive toward me… 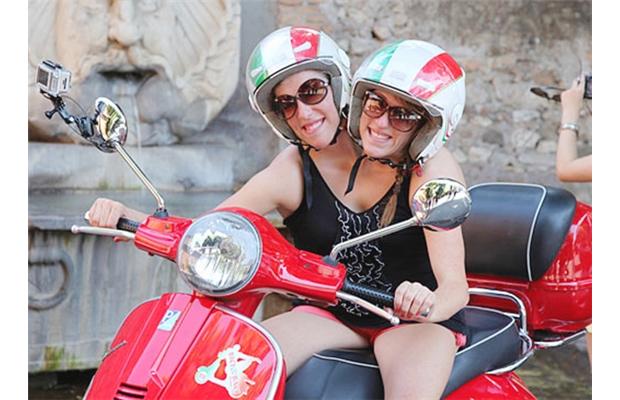 Yes, my life – my life that equally can be strange – different - but with similarities that I ask you to explore with your own imagination.

I have recently passed my 90th birthday.  In 1977, I retired early from a career as a Senior Instrument Engineer in the Sellafield Nuclear Plant, and began a different life as a countryman.  A life that revolved around my home and my horses in this smallholding that sits on the slopes of the western hills of the English Lake District.

I made new friends: walked and rode, and cultivated my garden.

Each morning, I followed a practice learned from my Mother, and, at eleven o’clock, I just sat in a meditative stillness for about fifteen minutes.  Not religious nor following any esoteric practice – just ‘being’ and reflecting.

Then one particular day, I sat as usual in an upstairs room, from where I could gaze over the distant hills.  I had hardly settled in my chair and relaxed, when a physical ‘presence’ that I could not see, moved from the space in front of me – into me.

Immediately, my mind was charged with another ‘voice’ – a provoker of thoughts that were not mine, and were not initiated by me.
At that moment, I began to hear voices.

And then, there was the physical feeling – and how to describe it in such a way that you can relate to it.  Abby and have always been accustomed to sharing their ‘inner space’, but not me.  I know that it may sound silly, and appear trite, but look at these Russian dolls, and imagine that you, as the principal doll, have this ‘other’ within you.  An ’other’ that is a close inner ‘fit’.  An ’other’ that is able to use parts of your mind and memory.  An ’other’ that is capable of inducing physical and emotional reactions and responses….

Use your imagination, and you might get an inkling of what it can be like to ‘hear voices: to have internal physical presence: to be subject to attempts to dominate you and control your actions and reactions.

Because of what I had been doing in the preceding several months, I know, with absolute certainty, that what I experience is the result of spiritual intrusion into my mind, body and senses.  Yes, unshakable certainty!

Returning to and Abby – in all that I saw in the media, they are very happy, cooperative, at one in their moods.  Speaking as one, but also as individuals.  Completing each other’s remarks….  In other words, the absolute picture of harmony and cooperation.

May I ask you again, in furtherance of my attempts to illustrate the reality of spiritual intrusion – may I ask you to use your imagination?

Just try to imagine what it would be like if that harmony and cooperation didn’t exist.  What if one girl was constantly morose?  What if the other chattered and chattered mindlessly for large parts of the day?  What if one constantly negated the suggestions and plans of the other?

What if….?  I could go on and on with ‘what ifs’, but it is you who are meant to be imagining.  I know what it is like to experience all of these ‘what ifs’.  I know, because for more than thirty years I have experienced them in all the possible shades and variants that your most vivid imagination could conjure up.

What is more, I have written about them.  For five years, I sat at my computer and wrote what eventually became a book.  I wrote it to inform anyone who would read it, just what it is like to hear voices and experience physical presence and all of the other variants that may be grouped under the heading of ‘schizophrenia’.

And then, consider this.  In the theme and essence of what I have written, I find that I have been following a ‘noble’ tradition.  Tradition in the sense that every culture and society that has ever existed and left a record – every culture has acknowledged the existence of a spiritual state of being.  A separate state of being that parallels and interfaces with that of humanity.

Furthermore, all cultures have, in their different ways, acknowledged the existence of spiritual ‘good’ and ‘evil’.  I have experienced the full spectrum of these, from the deeply malign, to the supremely benign.  I do not write of these in ‘religious’ terms, but in the context of everyday life.  In the context, for example, of working on and improving my house, when I have had much assistance from the benign.

In contrast to the malign, and in general, the benign do not deliver advice in ‘direct voice’.  Rather do they ‘offer’ the essence of the advice ‘subliminally’ and without comment, so that one may make up one’s own mind whether or not to accept it and proceed.

In my book, I describe my experiences in great detail, and as they occurred in the sequence of my life.  The book is long, and so, in an effort to encourage its use, I am selecting certain key chapters and posting them on my second Blog, www.roycvincent2@blogspot.com

Here is one of my ‘master-works’….

CONTROLLED BY THE VOICE

I sought not these voices that enter my head,
Nor this physical ‘other’ that escorts me to bed.
‘Innocence’, it seems, then, was my middle name
When first I tried dowsing - but ‘twas not a game.
Curiosity drove me.  But most curious I found,
Were voices that spoke without making a sound.

With my mind wide open – no barriers in place,
I sat one bright day, gazing, lost in my space.
Unprepared, as a ‘presence’ that I couldn’t see,
Moved out of my ‘space’ and right into me.
At first, it was friendly; at first, it was kind,
But soon it had plans to take over my mind.

Was it one?  Were there twenty?  Still I don’t know
How such vile intrusions could grow and yet grow.
While my head became such a huge circus tent
With tricksters and jugglers all fully Hell bent
On creating Hell; such a Hell without cease
Inside a clear mind that had known only peace.

If I listened and followed their every intent,
Why soon I’d be lost up my own fundament.
Do it this way, no that way, no t’other, they’d say.
If I let them, I’d stand in a dither all day,
Bereft of all power to make my own choice
Becoming a puppet - controlled by The Voice.

For thirty long years I have just had my fill
Of voices and ‘others’ – yet never was ill.
I knew from Day One, the original voice
Was – now I am faced with a difficult choice.
I know there exist certain spirits, you see.
But will you believe me?  With me then agree?

Since Ape became Man, every race then has found
Such voices that speak without making a sound.
Consoling or harming, these words that they utter.
To help you - or force you down into the gutter.
With words that inspire or words that deprave,
Shining like diamonds, or dark as the grave.

I’ve shown you the counterfeit side of the coin.
The obverse shines brightly with those who will join
With you in your quest for a mind that is free
Of malign intrusion.  But how can that be?
Good ‘spirits’ exist – of that have no doubt,
With knowledge and wisdom and notable ‘clout’.

Those same thirty years, then, have brought me such wealth
From those that approach me, but not in their stealth.
Inform me; support me; encourage as well,
Surround me with, truly, the obverse of Hell.
They came when I needed; nowhere did I look,
And that is the reason why I wrote my book.

In verse 3 above, I write “Were there one, were there twenty…?”
And that is the problem – to recognise and, most importantly, to discern exactly what strategy is being used to disrupt one’s thoughts, create confusion and then dominate.  Back to the Russian dolls – sometimes it used to feel that every one of the cohort was within my mind, trying to make ‘itself’ heard. 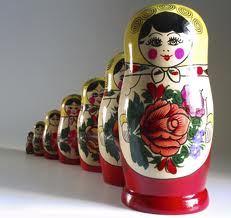 Fortunately, most of this is in the past, although daily I am reminded of the activities of the disruptive, ‘malign’ intrusions.  Paradoxically, these intrusions serve to bring back vividly to me, examples of some of the many ways in which individuals may be tormented, to such an extent that they are unable to control their thoughts and actions, with the result that they become ill.

It must be obvious that I could write on and on as I strive to inform and convince, and I shall do so in a variety of ways including this Blog.  However, nothing will replace my book, where everything that happened and all of my reactions and thoughts, are described in detail and in their appropriate ‘historical’ sequence.

(Listening to the Silences in a World of hearing Voices
www.royvincent.org  )

Before I conclude, I must acknowledge my thanks to Abby and Brittany Hensel for the example that they provide, and my admiration for their lives of harmony.